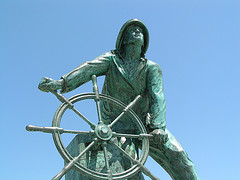 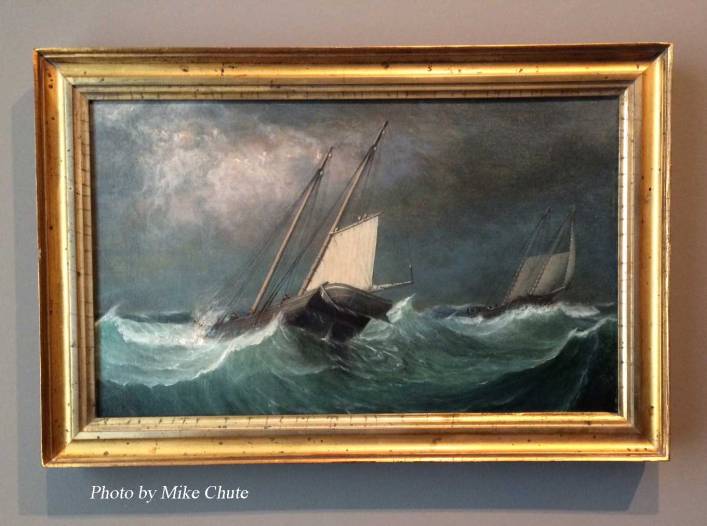 The holidays are over. Our roses are dormant, sound asleep for the next three months. This is the time when Angelina and I catch up on other things that we like to do, like frequent day-trips to somewhere — eclectic destinations that catch our fancy.

We recently drove to Gloucester, Massachusetts, a fishing port city on Cape Ann on  the North Shore of Massachusetts to visit the Cape Ann Museum. The 2-hour drive north was prompted by a Providence newspaper article that featured the museum and especially its extensive collection of marine art by Fitz Henry Lane. When we arrived we also discovered a rich trove of historical maritime artifacts, ship models, a restored New England lighthouse lens, and exhibits pertaining to fishing and genealogy from the Cape Ann/Gloucester area. An added bonus we hadn’t expected. 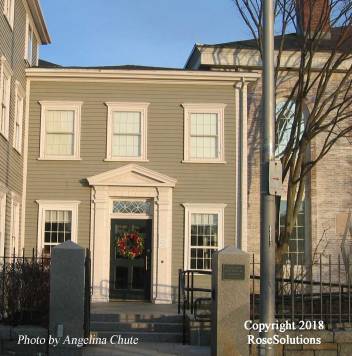 Once in Gloucester, our GPS had us driving in circles unable to find the museum until we stopped and asked a local guy where it was. He pointed across the street to a handsome building and it was then that we spotted the tiny sign that said “Cape Ann Museum.”

The museum building is well maintained with three levels serviced by both stairs and an elevator. The Fitz Henry Lane Gallery takes up half of level 1 with Lane paintings on view along with many of his drawings. In comparison, a few pieces of Lane’s work hang in the Museum of Fine Art in Boston and a few at the Metropolitan Museum in New York but nothing like the 40 pictures in the collection at the diminutive Cape Ann. 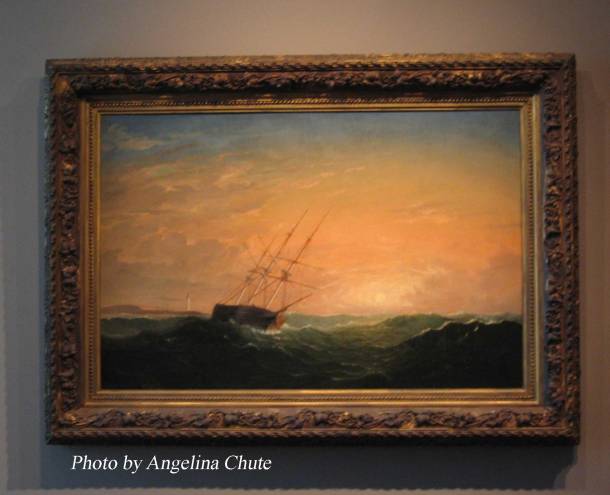 Lane, a Gloucester native, was a master of fine detail in his treatment of fishing and sailing vessels of the 19th century. So good was he at capturing every little detail, including the complicated rigging of 19th century schooners, that he was often hired by ship owners to paint portraits of their boats. Lane was well-known for his many paintings of Gloucester Harbor scenes, again bringing his attention to detail here as well as he did with ships. 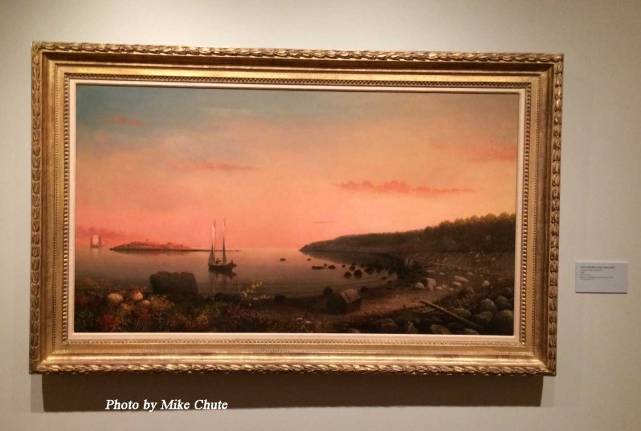 Lane also possessed an amazing ability to show glowing luminescence and accurate depictions of sea and sky. I especially liked the warm sunset glow of “Norman’s Woe” still radiant after 150 years. (Norman’s Woe, seen in the background of the painting, is a rocky reef 500 feet offshore of Gloucester’s outer harbor. It was the inspiration for Longfellow’s famous poem, “The Wreck of the Hesperus.”)

A restored 13-foot Fresnel Lens from a lighthouse on Thacher’s Island is featured on Level 2 along with some fine scratch-built wooden models of sailing schooners. Our favorite was the model of the Andrea Gail, the boat made famous in “The Perfect Storm,” parts of which were filmed in Gloucester. (See photo below) 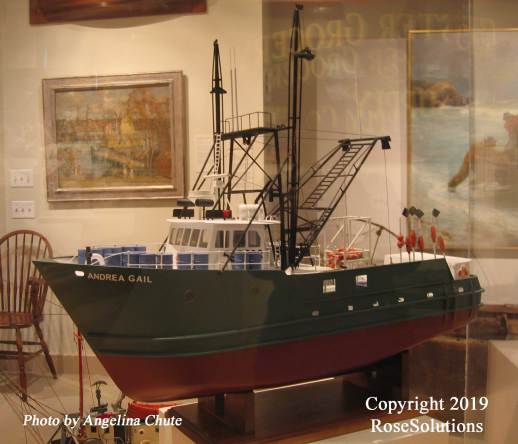 ……..more at The Rose Journal on WordPress.com